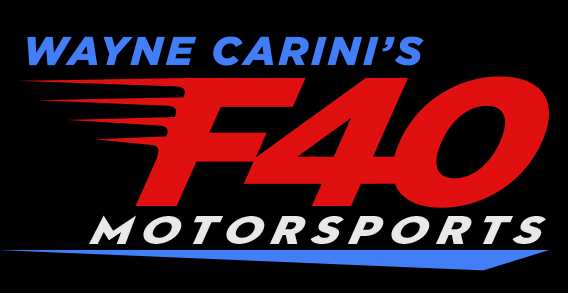 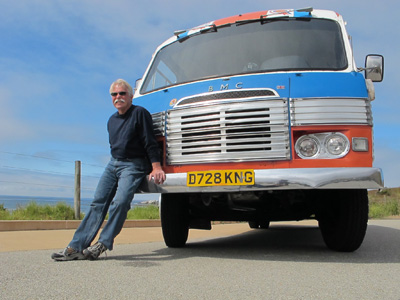 With a lifetime of experience in automobile restoration under his belt, master car restorer Wayne Carini has a resume that includes body and paint work on rare car collections owned by the likes of David Letterman, tennis great Ivan Lendl and the DuPont family. He's been featured in the New York Times as well as numerous automobile magazines, and starred in two one-hour television specials.

Now, Chasing Classic Cars gives viewers a true insider's look into Wayne's inner circle as he embarks on his personal mission to uncover the world's most rare and exotic cars. Filmed entirely in high definition, Chasing Classic Cars welcomes you into the elite club of car restorers and collectors as Wayne buys, restores and sells vintage rides, and the owners of the most exclusive and secret garages open up their doors only to Wayne.

Wayne's passion for cars started when he was a child, working alongside his father on such classics as Duesenbergs, Lincolns, Packards and Ford Model As. Then, at just 9 years of age, he experienced a life altering event: he went for a ride in his first Ferrari, a 1960 Rosso Chiaro 250 SWB to be exact.

Wayne was instantly bitten by the Ferrari bug and hooked for life. Automobiles have been Wayne's passion ever since.

Wayne learned the art of Ferrari restoration from his mentor Francois Sicard -- a former Ferrari racing mechanic and widely considered to be the foremost Ferrari expert on the East Coast -- and his good friend Luigi Chinetti Jr., whose father Luigi Chinetti Sr. won the 1949 24 Hours of Le Mans race for Ferrari and opened the first Ferrari dealership in the country.

Since that time, Wayne has been the owner and operator of three companies in Portland, Conn.: F40 Motorsports , Continental Auto Ltd. and Carini Carozzeria.

F40 Motorsports buys and sells vintage and classic automobiles. Continental Auto Ltd. is a collision shop specializing in high-end and exotic automobile repair. Carini Carozzeria is the restoration shop where Wayne spends most of his time. And while Wayne loves restoring cars to perfection, his personal preference is for unrestored, original cars. Often shown in the elite "preservation class" at concourses nationwide, these increasingly rare cars are the focus of Wayne's private collection.

At home Wayne is a dedicated father of two daughters and husband of 24 years. The family resides in rural Connecticut, in a log home that Wayne built 33 years ago. An avid supporter of autism research organizations, Wayne helps organize and sponsor car events for the benefit of children and adults with autism. His incentive to find a cure or treatment is his youngest daughter, who was diagnosed with autism at an early age.

Wayne is also involved in and regularly attends many different car clubs and events to get young people involved in the car collector hobby. He believes that without young people's involvement, the car collector tradition will disappear. His latest passion is convincing families with special needs children to consider placing collector cars into a special needs trust with the hope that the cars will benefit the children in the future. 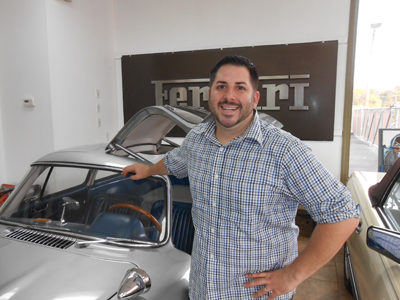 While growing up in Portland, CT, Mike would frequently pass by F40 Motorsports and dream of working there with all the amazing automobiles. Mike has always had a passion for exotic and classic cars. It was not until his sister was on a soccer team with Wayne's daughter that he met Wayne at one of their games.  He was looking for a summer job and Wayne told Mike to come by and apply. He applied the next day and called five times a week for several weeks and stopped by many times before connecting with Wayne.  Wayne ended up hiring Mike because of his persistence. Throughout the years, Mike learned about the special attributes of the varied automobile makes and models as well as the different facets of maintenance such as mechanics, detailing, painting, and restoration.

When Mike went off to college, He kept in contact with Wayne and worked during school breaks and summers. He was very involved in both the classroom and in extracurricular activities.  He joined the lacrosse team and was captain both his junior and senior years.  He also was active in golf, intramural sports, and many other activities including coordinating a search committee for setting up the first fraternity on campus.

Mike's junior- and senior-year management trainee internships were completed at Waterford Hotel Group properties, one of which was the four-diamond Mystic Marriott Hotel and Spa.  He graduated with a Bachelor of Science in Business Administration degree with a focus on entrepreneurship based on his desire to have his own business one day.

After working a short while for Dominion Enterprises where he learned the nuances of advertising and marketing cars online, an opportunity arose to join F40 Motorsports as the sales manager.  He has utilized his acquired knowledge and works in a field he has always dreamed he would.